Come Closer is an interactive programme of spatial exploration of the work of Marinus Boezem in the oldest church in town, the Oude Kerk. By inviting visitors of all kinds to engage with the details of the space, and by using all of their senses, connections were drawn between the church's gothic history and its contemporary role as an art institute. 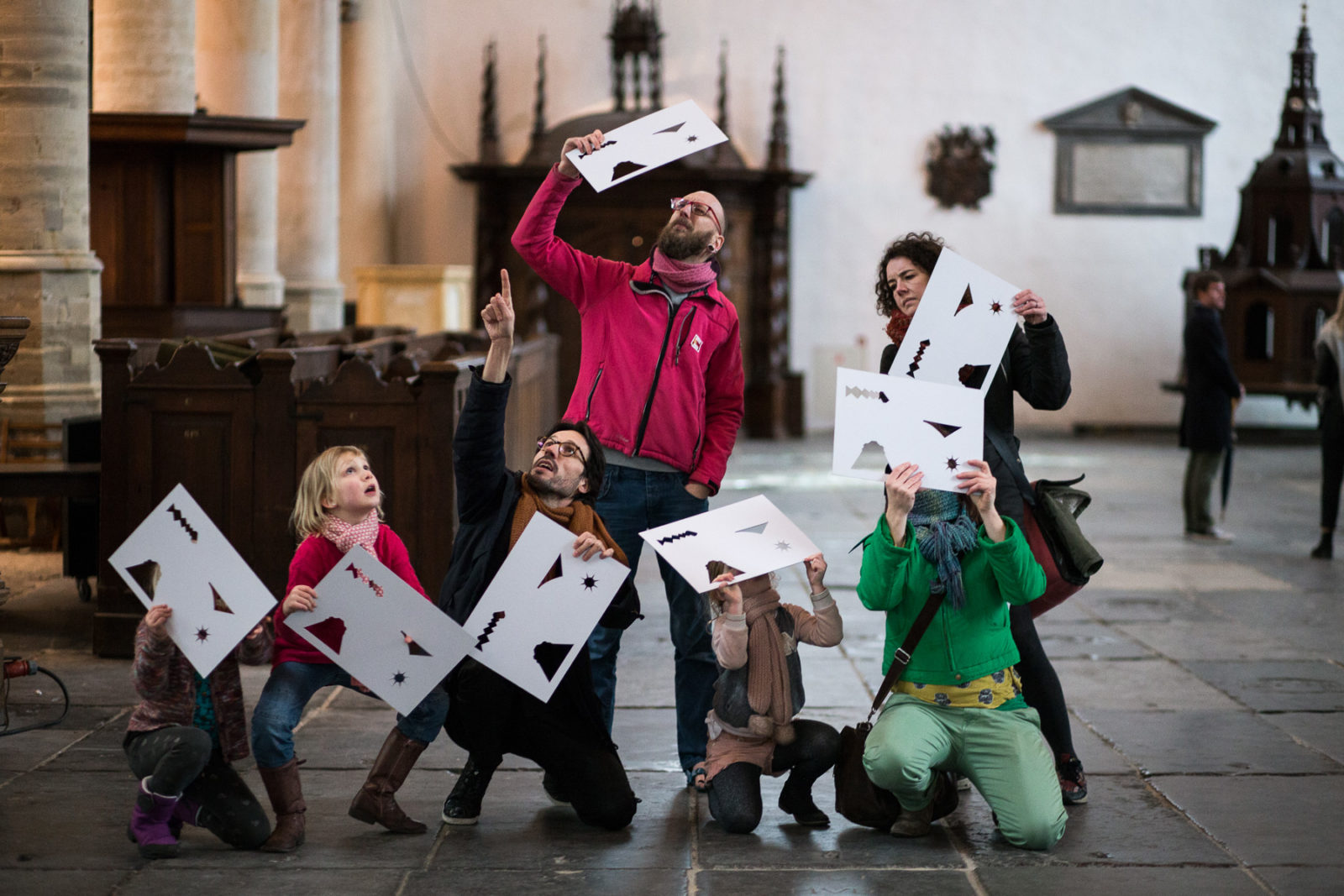 As one part of the programme, visitors were given silhouettes of unusual details of the church, and asked to discover where they might be 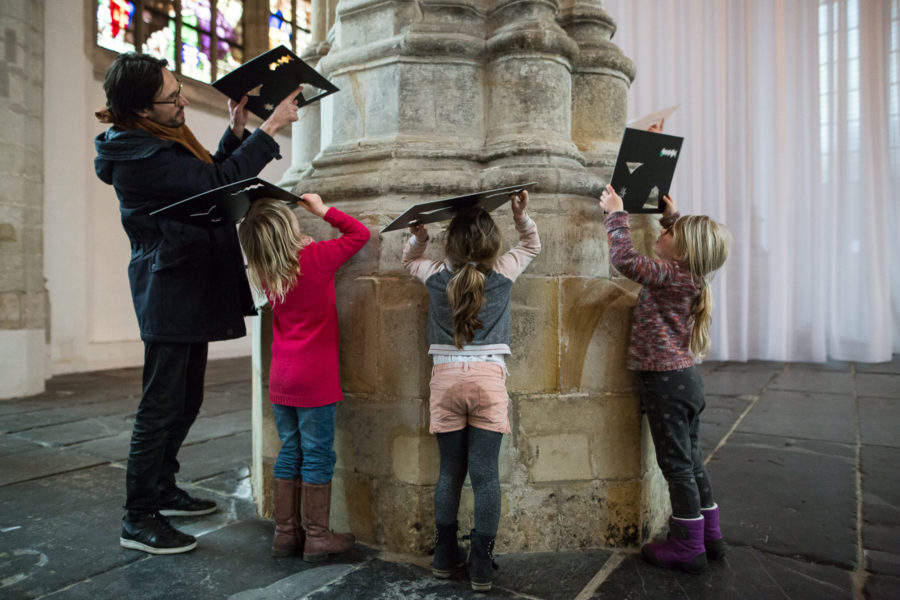 By matching silhouettes of elements throughout the church, visitors isolated details in order to look at them more closely 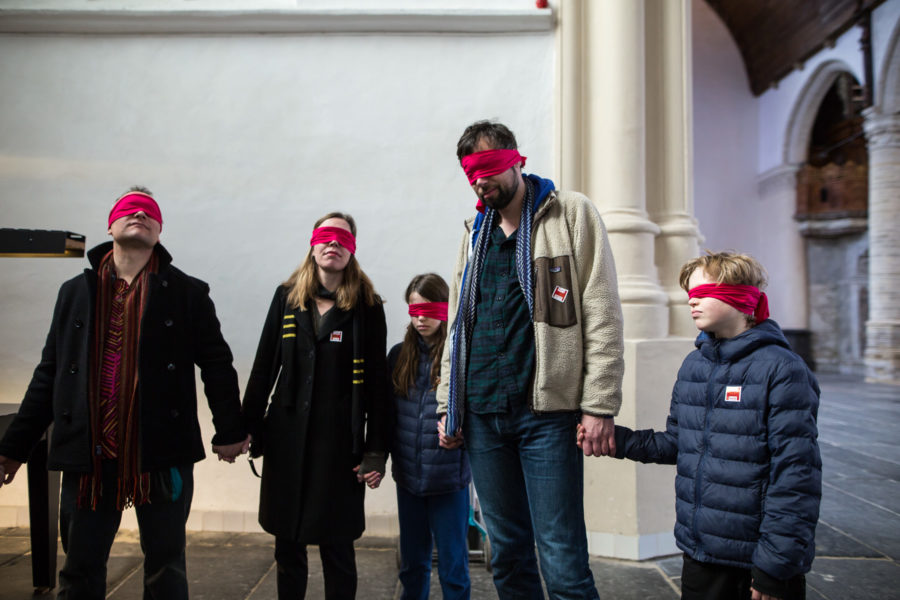 Blindfolded visitors were led through the church by hand, using their ears to understand the space around them 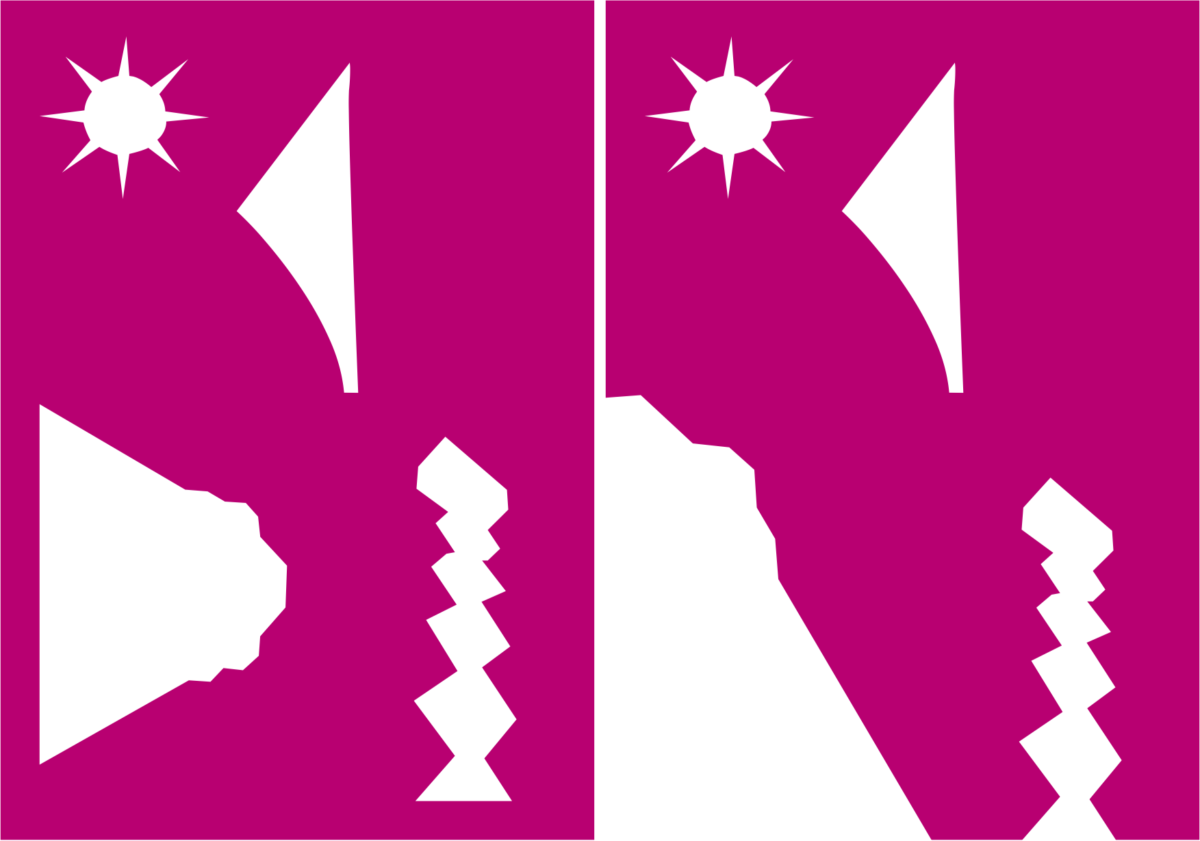 Cutouts of specific details were used to force visitors to isolate details in the space around them. Some details were obvious, such as the sun-shaped ornament sitting at the top of the church's domed ceiling; others were almost impossible to find—but this led to discussion and open interpretation 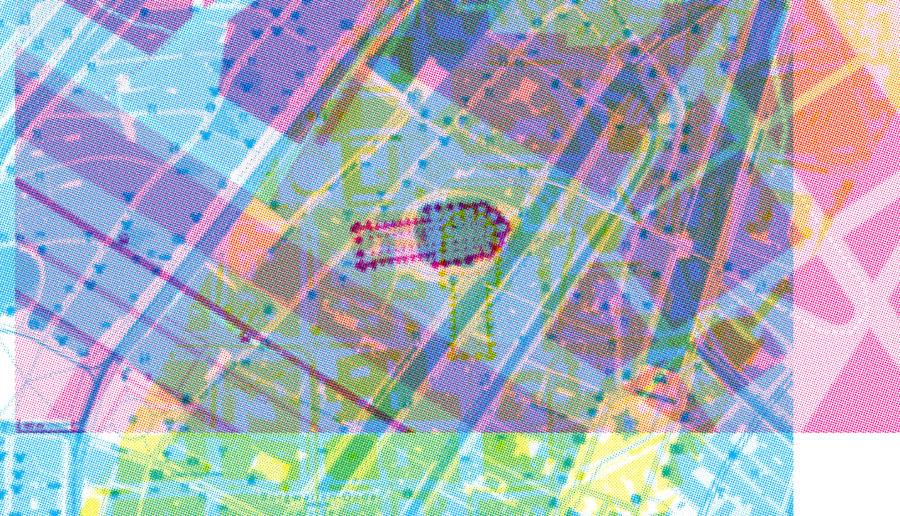 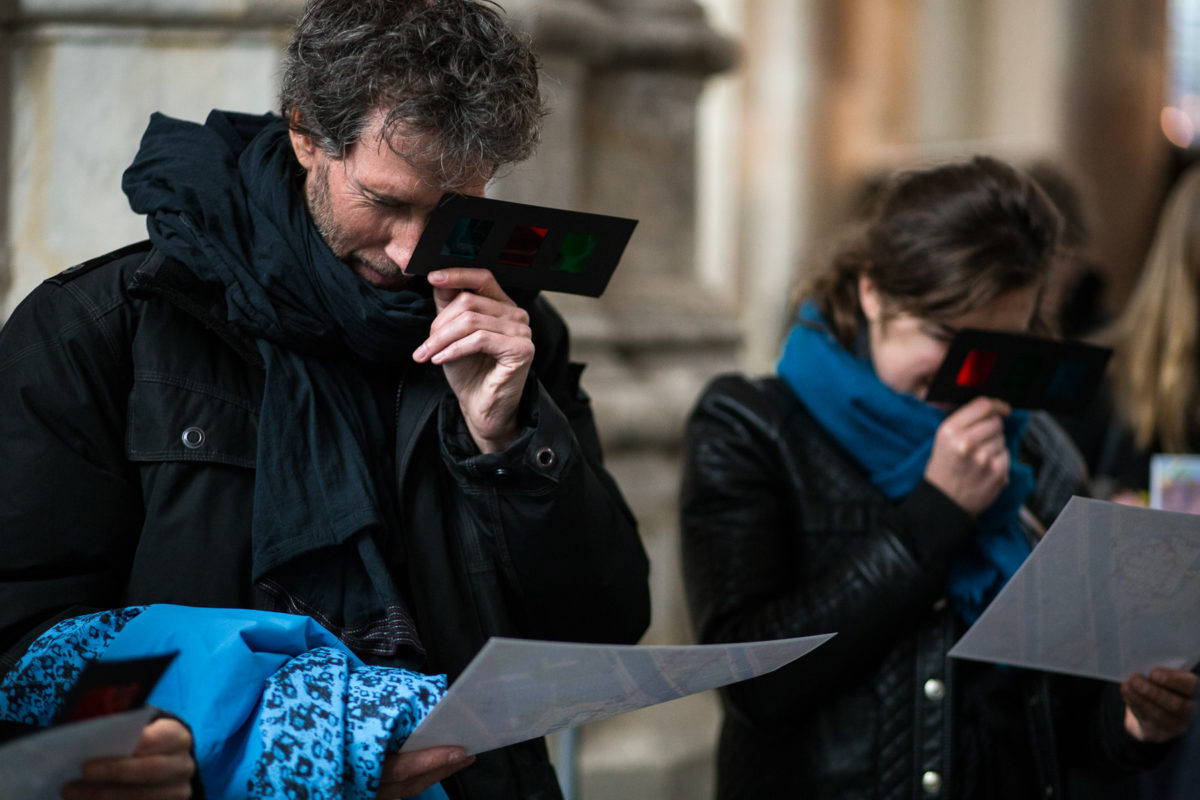 Coloured glasses were used to interpret maps made with overlapping colours. In this way, the same map could simultaneously be read in different ways by the group 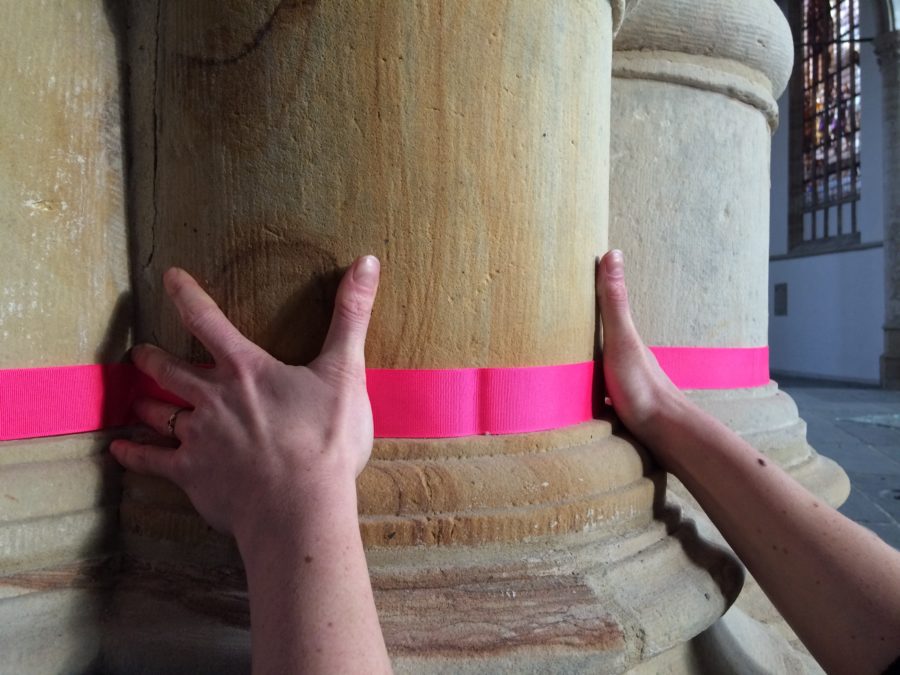 Tracing shapes laterally through the church with ribbons and one's hands allowed visitors to very directly for a tactile and mental map not just of the space itself, but of the elements forming the space 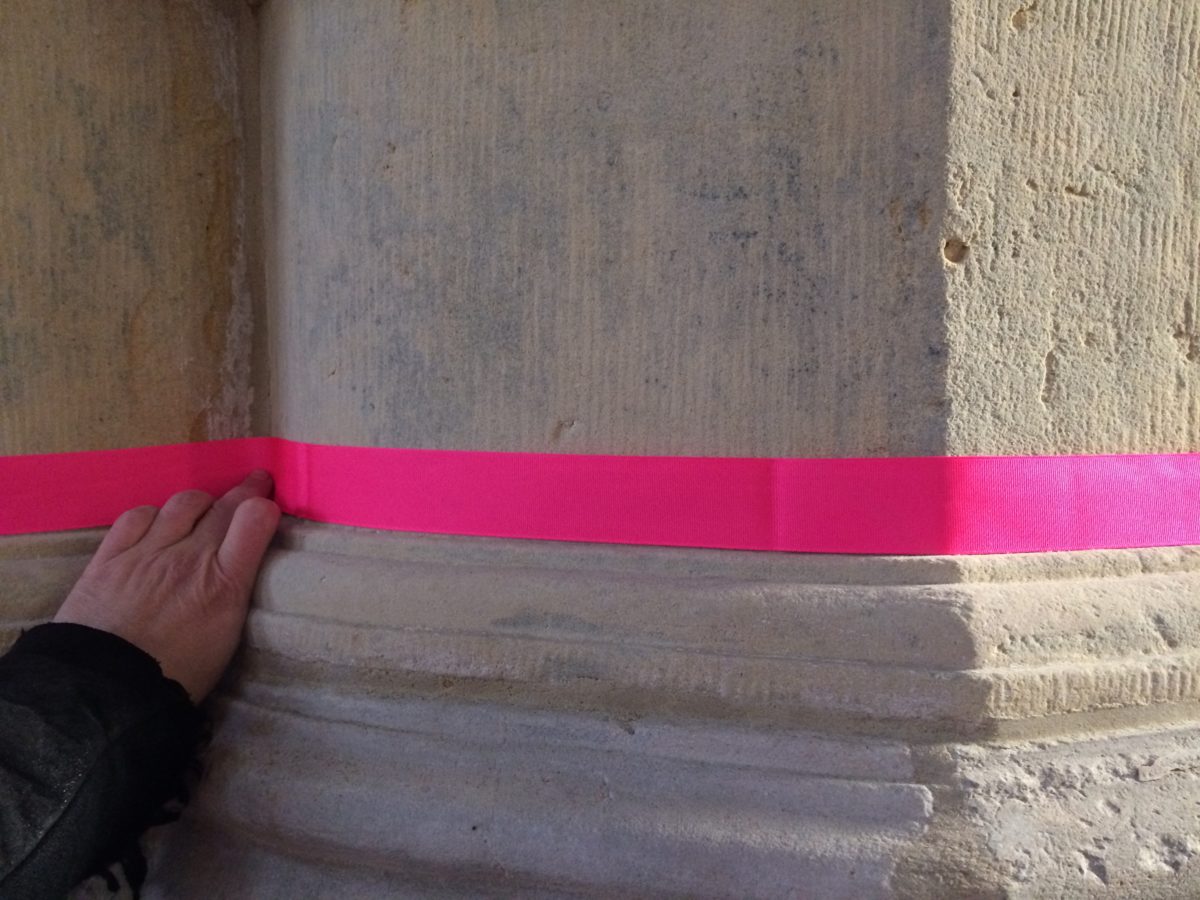