Miniature triangulated site provides possibility for custom developed,personalised urban living in Amsterdam’s Jordaan district. Volume articulation preserves glimpse into layers of time on the location while densifying the historical urban matrix. An old sidewall becomes framed by the new intervention, allowing diagonal views. Each floor of the house has different viewlines, atmosphere and light conditions, and each floor has one program. The zinc facade emits light similarly to those of its neighbours, yet looks radically different upon closer inspection.
photo © Iwan Baan

Sneak preview of @ladahrsak’s incredibly clever and beautifully detailed Tower House. Occupying a triangular leftover space at the intersection of Amsterdam’s canal district and the Jordaan, right on the border of the World Heritage designated area, the house simultaneously absorbs and amplifies the shapes and colors of its environment. Rising up to five floors, the building twists and turns around a steep staircase, each time providing new and unexpected views in different directions, from the public life along the Brouwersgracht to the intimacy of the interiors of the houses on Willemsstraat. The house fills up the vacant space like a caterpillar’s cocoon, nestling itself in the cracks and corners of the neighboring building. Each floor has a different program and a specific relationship with its surroundings. It echoes Takamitsu Azuma’s uncompromising bare concrete Tower House in Tokyo, but with its wooden structure and zinc cladding it is a lot more refined and forgiving. Please note: the house is still under construction (but already worth a detour). revealing the overlap of the urban grids characteristic to the Amsterdam Jordaan interiors, at dusk
photo © Iwan Baan kitchen with diagonal views towards the patio/terrace
photo © Iwan Baan This is a wooden house, delivered to your doorstep. An neighbour call t the 'eco-house'... 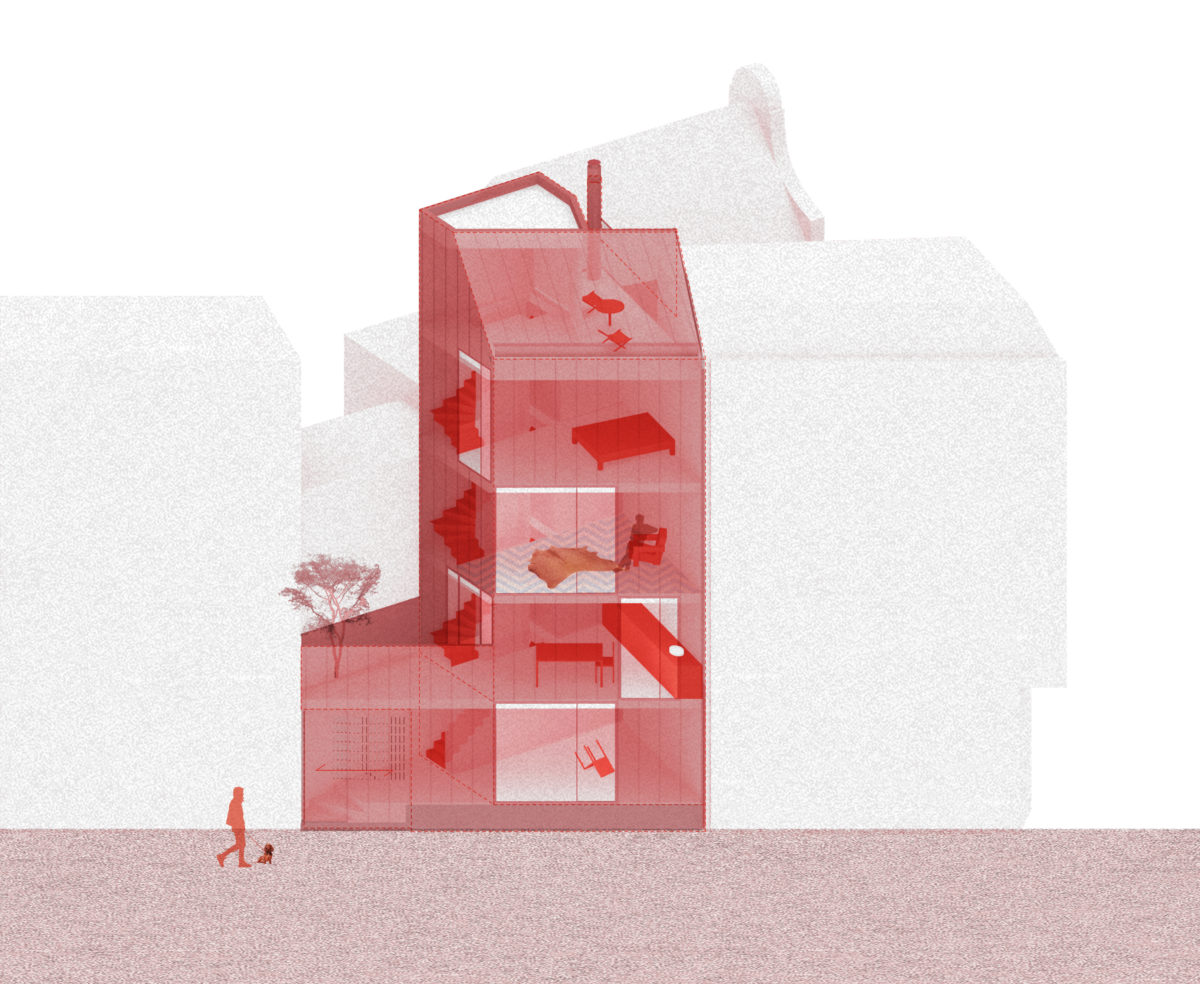 The house fits like a key into the site, nestled amongst existing buildings while still allowing sun to enter the house from the Southern facade, which forms a three-storey tall atrium 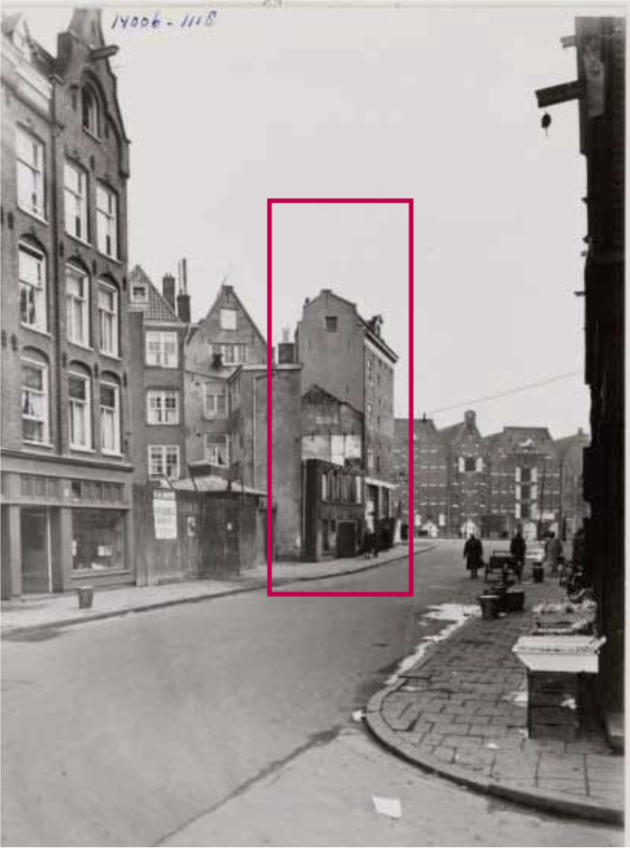 The site itself was occupied by various buildings throughout the last thee hundred years, but ultimately became an empty slit of land near the corner of Willemstraat and the Brouwersgracht